You’ll notice when you move to the Pinoso area that there are lots of small villages close by, many of them come under the authority of Pinoso town hall and they are called pedanias. Believe it or not there 14 of them!
They are quite small villages, some more like hamlets, but well worth visiting to explore the local area and the beautiful surrounding countryside.

El Rodriguillo
This is a pedanía situated 4km to the south of Pinoso. The hermitage was built in 1993, erected in the same spot as the original that was built in 1691. Fiestas are celebrated in the middle of May, in honour of the patron saint, San Pascual. 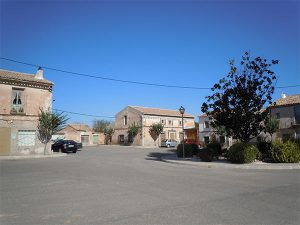 El Faldar
The hamlet of El Faldar, near Rodriguillo, is nestled in the hillside of Mount Cabezo. It celebrates its fiestas around the 24th June, in honour of San Juan. 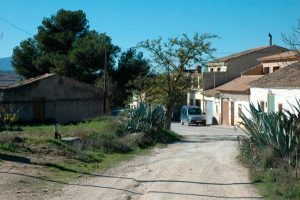 Casas del Pino
This tiny hamlet is found 7km from Pinoso, very close to the village of Canada del Trigo, although this village is actually part of Jumilla, in Murcia. According to statistics in 2011, 41 people live in the hamlet. They celebrate their fiestas at the end of August, in honour of the Virgin of the Pines. 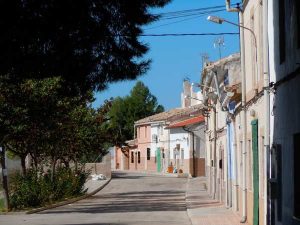 Caballusa
This little hamlet is found 4.6km to the south west of Pinoso. Their traditional fiestas are celebrated in the middle of August to honour the Virgin of the Asuncion. The national hiking route, the GR-7, goes through the hamlet. 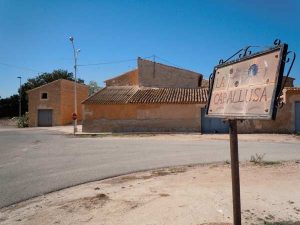 Casas de Ibanez
Just on the border between the province of Alicante and the region of Murcia you will find this pedania, 3.7km from Pinoso. It is quite a spread-out village; the main part of village is centred around the main Pinoso – Jumilla road and it also has numerous cave houses. Their fiestas are celebrated at the beginning of September. 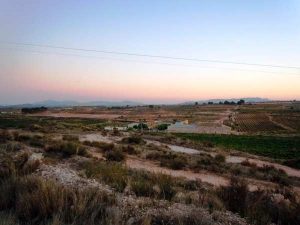 El Seque
This tiny hamlet is located very close to Pinoso and is also home to a small bodega producing the excellent El Seque wines. 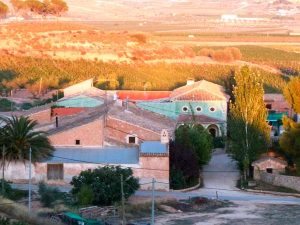 Paredon
This pedania is 5.2km from Pinoso, to the north od Pinoso, off the main road to Yecla. In this hamlet you can find many examples of dry stone rural architecture. The well-known “cucos” were traditional stone shelters used by shepherds for overnight stays. There is also archaeological evidence of a Roman road. The hermitage is one of the oldest in the area. 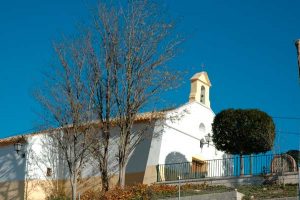 Lel
This sleepy hamlet is 6.3km from Pinoso. It’s unusual in that the houses here are quite dispersed. Their fiestas honour the Scared Heart of Jesus and are celebrated around the social centre. There are also some interesting “cucos” close by. 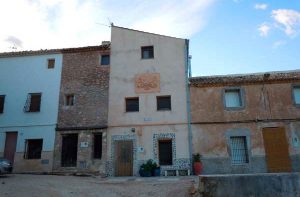 Ubeda
This pretty pedania is situated 8.4km from Pinoso. Along with Paredon and Lel, it also has some interesting old “cucos” (stone shepherds shelters) in the surrounding countryside. The hermitage founded in 1696 and dedicated to Santa Barbara, is the oldest in Pinoso area. They celebrate their fiestas in the second week of July. 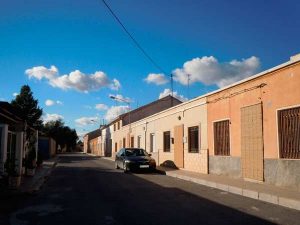 Venta de Terros
This tiny hamlet is located between the villages of Lel and Ubeda. They celebrate their fiestas in honour od the Virgin de la Asuncion in the middle of August. 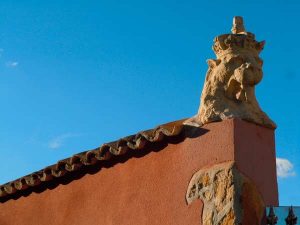 Culebron
This village is located just off the main CV83 road, 5km from Pinoso. It has a little old hermitage dedicated to Saint James and fiestas are celebrated here in July. The unusual name means “soap opera” in English or a big snake! The village has its own bodega, producing the famous wine and Fondillón of Culebron. 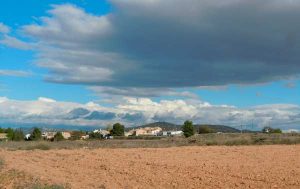 Encebras
Encebras is a beautiful, peaceful village surrounded by mountains. It’s located 5.5km from Pinoso. The national hiking route, the GR-7, passes through the village. There is a convent here that was established in 1916. Nowadays part of it has been converted into a youth hostel. Encebras has its fiestas on the weekend closest to Holy Trinity. 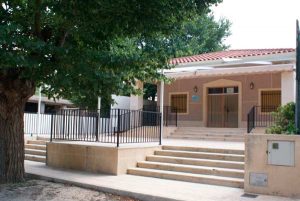 Tres Fuentes
Tres Fuentes is the smallest of Pinoso’s pedanias. It has a spectacular landscape and is surrounded by mountains and has stunning views. Nearby is a country park and outdoor classroom, where local school children are taught about the environment. It’s also a popular area for picnics and walks at weekends. The locals celebrate their fiestas in honour of the Virgin of the Rosario. Behind the hamlet is the location of Pinoso’s quarries, where its famous marble is extracted. 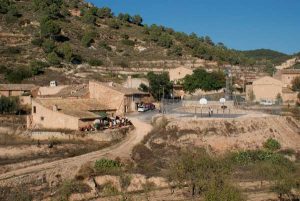 Monte Cabezo
This pedania is very close to Pinoso, in fact it’s situated on the slopes of the mountain that provides the backdrop to Pinoso town and is within walking distance of the town. The small hermitage is dedicated to the Virgin of Fatima and celebrates its fiestas on the first weekend of July, when a romeria carries the virgin through the streets to the parish church of San Pedro in Pinoso and returns her at the end of the fiesta. 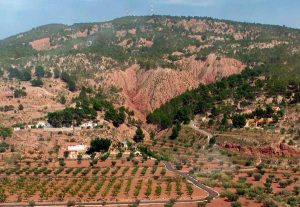