One of the most exciting fiestas in the region is about to begin in Alicante city. The people of Alicante celebrate the arrival of Summer over several days with the Hogueras de San Juan, a spectacular display of music, colour and fireworks. Enormous satirical and fun sculptures are created throughout the year. They go up in flames on the night of San Juan.

The sculptures (Fallas) are made of papier-mache on a wooden carcass. They are then sanded and painted. Most Fallas are so big that they are never seen in entirety up until the assembly on the first day of the fiesta. The Falla consists of ninots. These are the figurines that all together make up the story of the falla. 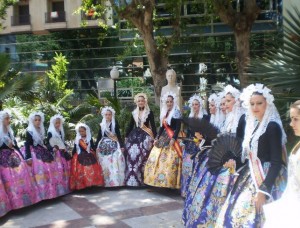 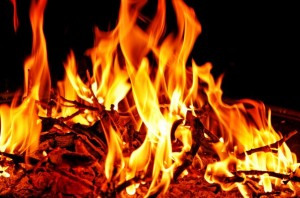 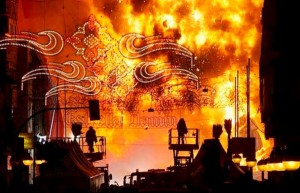 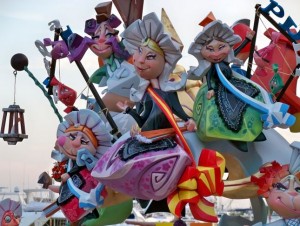 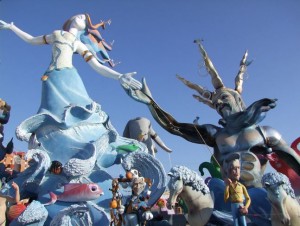 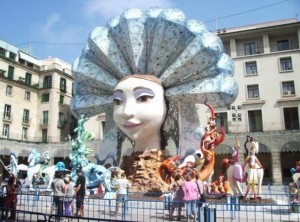 The queen of the fiesta, known as the “Bellea del Foc” (Beauty of Fire), is chosen in May from among the candidates from each neighbourhood.

The festivities begin on 20 June with the building of the enormous bonfires and the erection of the Fallas. The same day the barracas or large party tents are put up. There are a number of parades on the 21 and 22nd of June. These include:
Entry of the Bands and committees, with their respective beauties and their ladies-in-waiting wearing traditional dress;
The floral offering to the patron saint of the city, the Virgin of El Remedio;
The international folklore parade, a spectacular procession featuring dance troupes from all over the world.

Every day at two in the afternoon from 19 to 24 June, there are firecrackers and rockets (mascletàs) in Plaza de los Luceros square. Ear plugs recommended!

At midnight on 24 June the Fallas are burned (cremà). This is the high point of the fiestas. After a spectacular white palm tree of fireworks, the bonfires all over the city blaze and the dancing and singing begins, while fire fighters shower the merrymakers with water in what is known as the bath (banya).

From 25 to 29 June there is a fireworks competition on the El Postiguet beach and the historic centre of the town comes has a medieval market with music and acts.
http://www.hogueras.org/