The children’s favourite celebration of the Christmas period in Spain is the arrival of the Three Kings. This is when children receive their presents brought by the kings, also known as the three Wise Men or Magi, Melchior, Caspar and Balthazar. Corresponding with Epiphany, the celebration of El Día de los Reyes in Spain and Latin American countries celebrates the three Kings visiting the baby Jesus.

The kings play a similar role to Santa Claus in many other parts of the world. Spanish children write letters to the Three Kings, or Three Wise Men, who then bring the children gifts the night before, or on the morning of January 6th. In some houses children leave their shoes outside the door so that the Three Kings will fill them with gifts, often leaving bigger presents alongside. Just as children in many other places leave out some food and drink for Santa, and a carrot for Rudolph, Spanish children leave a drink for each of the Three Kings and some food and drink for their camels.

Pinoso hosts a big celebration for the arrival of the Kings every year including a impressive parade, concert and gifts for all the children.

Pinoso celebrating the the arrival of the Kings. 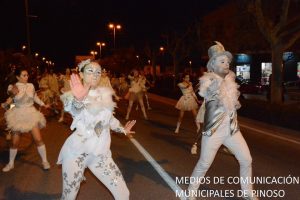 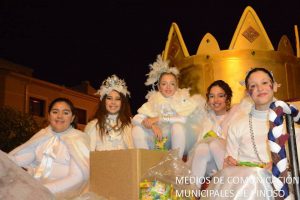 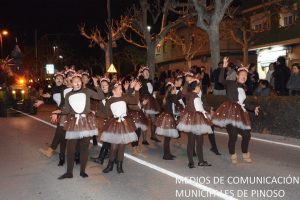 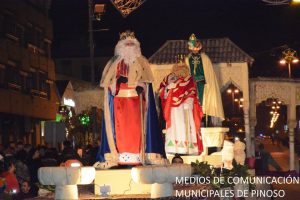 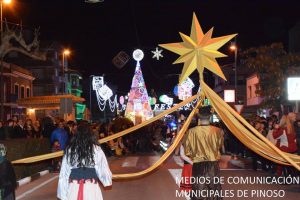 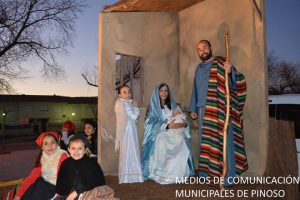